Honorary membership is awarded to researchers and professionals who have made exceptional contributions to basal ganglia related research in Sweden or internationally.

PROFESSOR, The Hebrew University of Jerusalem

Professor Bergman is one of the rare basal ganglia researchers, which for decades has been contributing both to basic research and clinical neuroscience.

He was the first that pointed towards the therapeutic role of STN lesion in the treatment of PD, which led to the choice of STN as primary target in DBS (Bergman, et al, 1990). The STN is still the main target for DBS treatment in PD, helping hundreds of thousands of people worldwide.

Professor Bergman is still active in DBS research and surgery in several hospitals, where he is involved in mapping the elctrophysiological properties along the electrode trajectories and involved in developing a closed-loop DBS system.

In parallel to his DBS related work, Professor Bergman also runs one of the most advanced research laboratories in non-human primates, with focus on basal ganglia networks in health and disease.

His laboratory has produced some of the most important work pertaining to neural networks in the striatum and GPe during various behavior, reward, and punishment.

Anders Björklund is Senior Professor of Neuroscience at Lund University. Through over 50 years of highly productive research, Anders Björklund has made fundamental contributions to the functional neuroanatomy of catecholamines, the biology of dopamine neurons, and the development of new treatment principles for Parkinson’s disease (PD). His best-known achievements are in the field of cell transplantation and brain repair. Anders Björklund started this line of research based on the idea that immature neurons can be used to restore brain circuitry and promote functional recovery in animal models of neurodegenerative diseases. His group pioneered a cell transplantation approach using donor tissue from the fetal brain, bringing it to clinical trials in PD patients. These studies have given proof-of-principle that immature dopamine neurons can survive and restore dopamine neurotransmission in the parkinsonian striatum.

Prof. Fuxe’s fundamental contribution to the organization, neurochemistry and functioning of the basal ganglia stretches over the last 60 years, beginning in 1965 with the pioneering discoveries of the central dopamine, noradrenaline and serotonin neurons using the Falck-Hillarp technique and immunohistochemistry. This work laid the foundation for a new research area in neurobiology, now called chemical neuroanatomy, the identification of neurons based on their ability to express specific neurotransmitters.

Ann Graybiel’s work has had a tremendous impact on our understanding of the cellular organization and functions of the basal ganglia. In the late 1970s, Graybiel discovered the compartmental organization of striatal neurons into striosomes and matrix. Her research then revealed links between striosomal abnormalities and neurological disorders, such as mood dysfunction in Huntington’s disease,, dopamine depletion in Parkinson’s disease, and the development of motor stereotypies upon treatment with psychostimulant drugs.

In later work, Graybiel demonstrated the fundamental role of the basal ganglia in habit formation. Her group demonstrated the emergence of a task-bracketing or “chunking pattern of neuronal activity in the striatum and the infralimbic cortex when a habit is formed.

In summary, Ann Graybiel´s work has raised the status of basal ganglia research on a global level, has led to influential new ideas on how the brain learns and retains habits and skills, and has deepened our understanding of neurodegenerative and neuropsychiatric disorders affecting the basal ganglia. Ann´s passion for the basal ganglia, her beautiful scientific writing and her elegant speeches have been a major source of inspiration for young scientists, who then opted to focus one´s efforts precisely on this part of the brain and its diseases.

Professor Sten Grillner has over many years investigated the principles for how the motor systems are organized and controlled in the lamprey. He first identified the neural circuits in the spinal cord which generate locomotion, and how they are controlled from the brain stem. Thereafter he has continued to show that the basal ganglia in the lamprey share all important features with higher vertebrates, such as the rodent, and that even the lamprey pallium (cortex) had already received organizational principles seen in higher vertebrates when the lamprey diverged from the other vertebrates for over 500 million years ago. In all his research work Sten Grillner has strived to explain the changes in motor behaviour based on cellular and network level mechanisms.

Prof. Schultz has made seminal contributions towards our understanding of the neural correlates of reward systems in the brain. One of his most important contributions is the characterization of how dopaminergic neurons change their activity during behavior, particular reward based learning.

The discovery of the link between the activity of dopaminergic neurons and reward prediction error has paved the way to study the function of dopaminergic neurons from an algorithmic perspective using computational theories of decision-making and in general, has had a huge impact on understanding of neural correlates of behavior. Moreover this discovery has inspired a lot of work at the interface of neuroscience, psychology, AI, statistics and economics.

Since this seminal discovery Prof. Schultz has led a very successful research program to systematically dissect how dopamine release patterns are affected by the parameters of the behavior in the basal ganglia, amygdala and frontal cortex. In particular, his group demonstrated a causal link between the activity of dopaminergic neurons and reward prediction error type signals using optogenetic manipulations in monkeys.

Besides experiments in animal models systems, Prof. Schultz’s group has also investigated human brain activity using neuroimaging tools to study the neural underpinning of decision-making, risktaking and in a broad terms what may be called as neuro-economics. And by extension his work has naturally provided deep insights into brain disorders linked to decision making e.g. addiction and other compulsive behaviors. 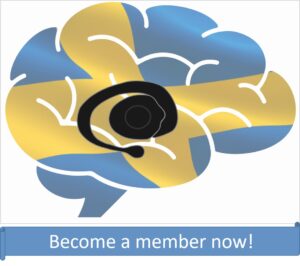 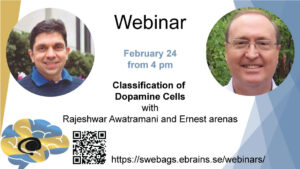